The late run up kept the mojo flowing into and through the overnight session, as the SPY would wake up to a nice little gap. But with the opening hour of trading came a wave of selling pressure that would press indexes off highs and back towards the middle of this nice two day range we have on our hands here. And with most, if not all, the heavy hitters having reported earnings at this point, a spark is needed to kick things one way or the other.

And when you’d expect sharks to be making definite bets, showing some directional bias, you’re getting the opposite of what you need. There’s no doubt that sharks were back today, but the action is closer to “let’s see what happens first”. And that’s a recipe for the snappy kind of action we saw today.

The undertone to the SPY is unquestionably bullish with long term views increasingly favorable, but there is one major cloud hanging over the markets: Trump’s Tax Plan. It’s incredibly favorable for markets, but it’s going to open the flood gates on profit-taking like we haven’t seen in a good bit. With it being only a matter of time before the news drops, that’s where the momentum stalling action derives. 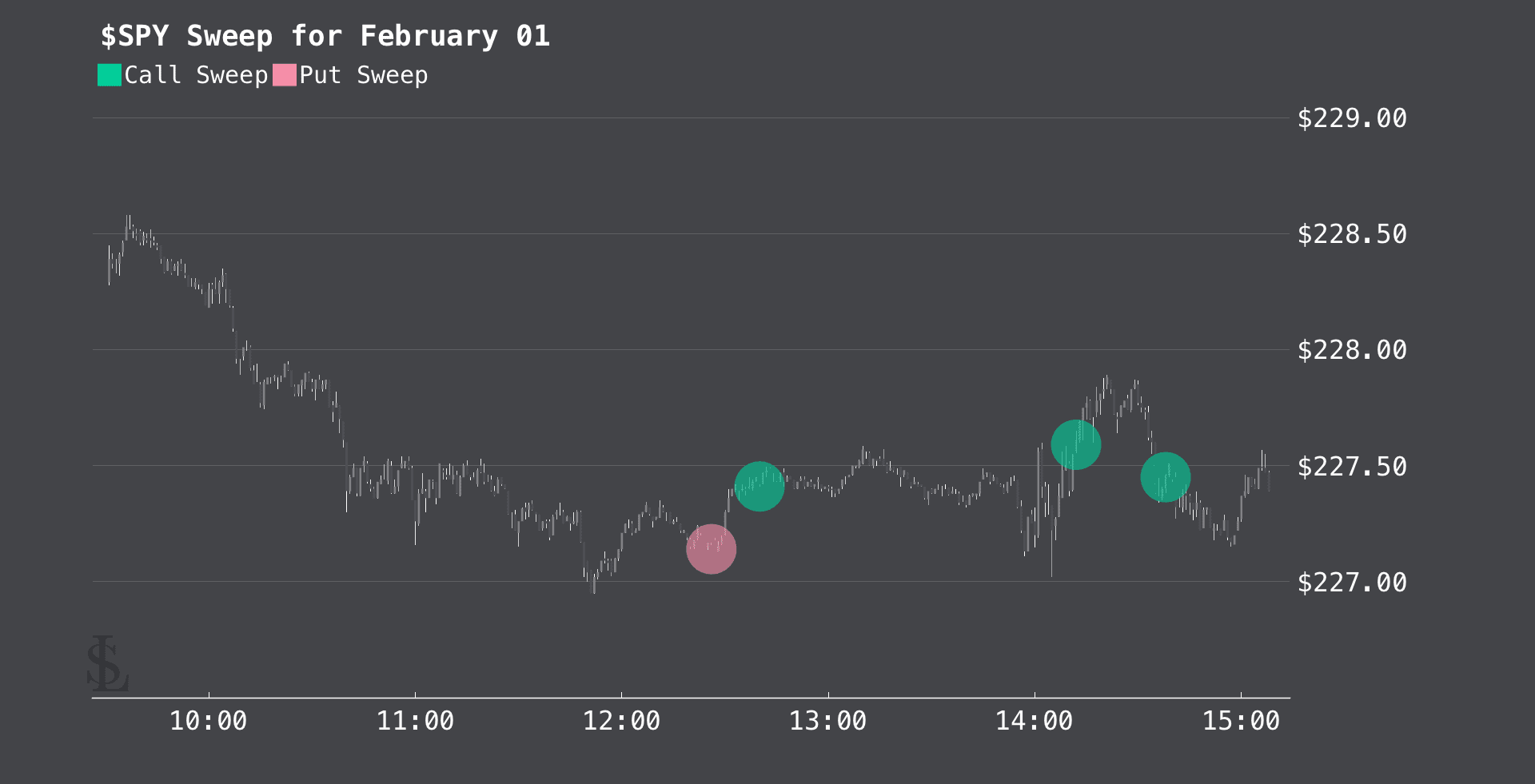 DIS continues to outpace everyone in both size and tempo of flow. With today’s session marking another day of rolling to further out expirations, smart money definitely sees longer term potential for the media giant. June calls were where most of the money was rolling to.

JNUG led the miners today as gold and silver remain hot during Trump’s first month. Tradewars and global macros all point towards hyperinflation risk. Goldbugs love it. And one trader thinks its worth a million dollar bet. 10k Feb $8.5 calls were picked up into gold weakness. 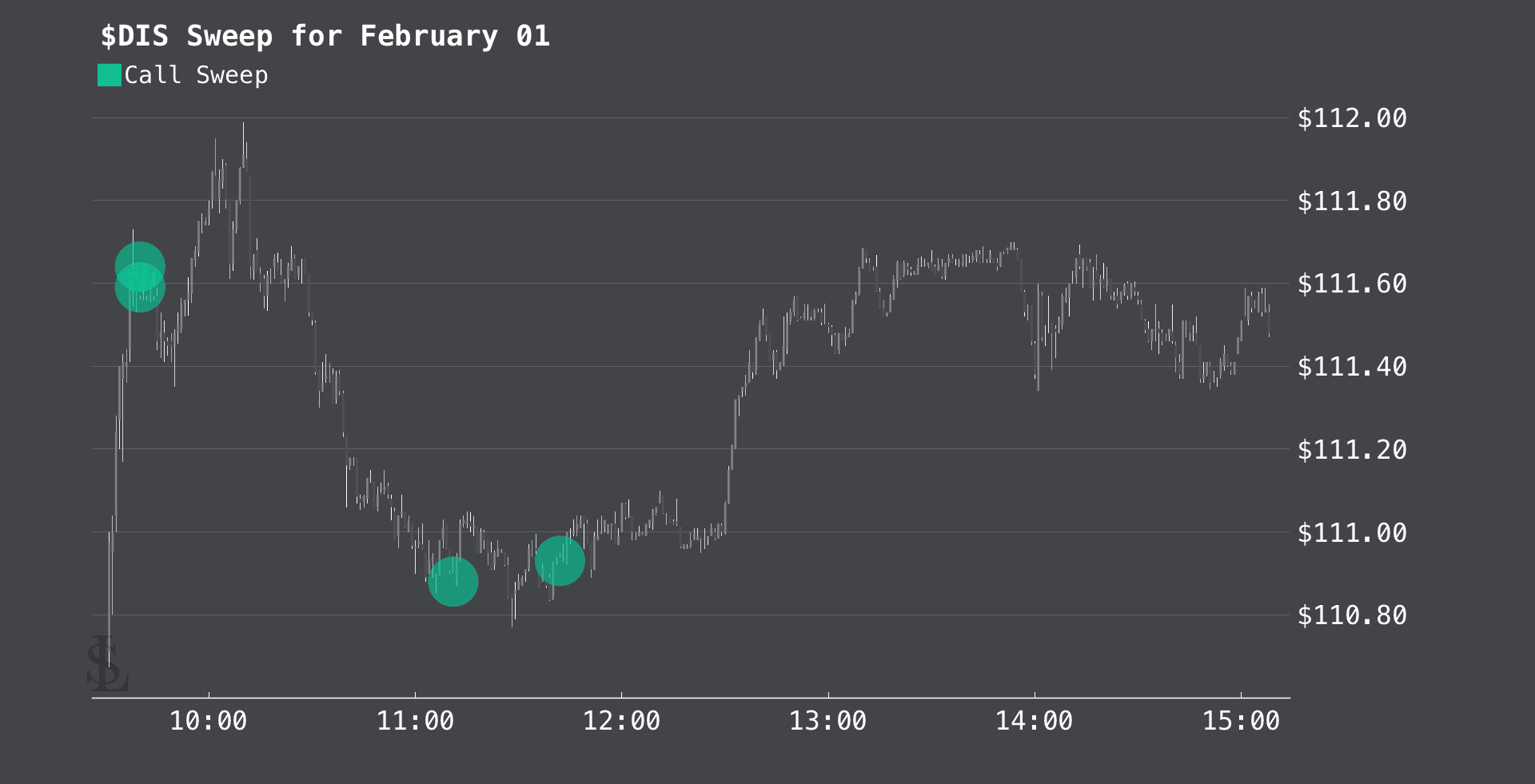 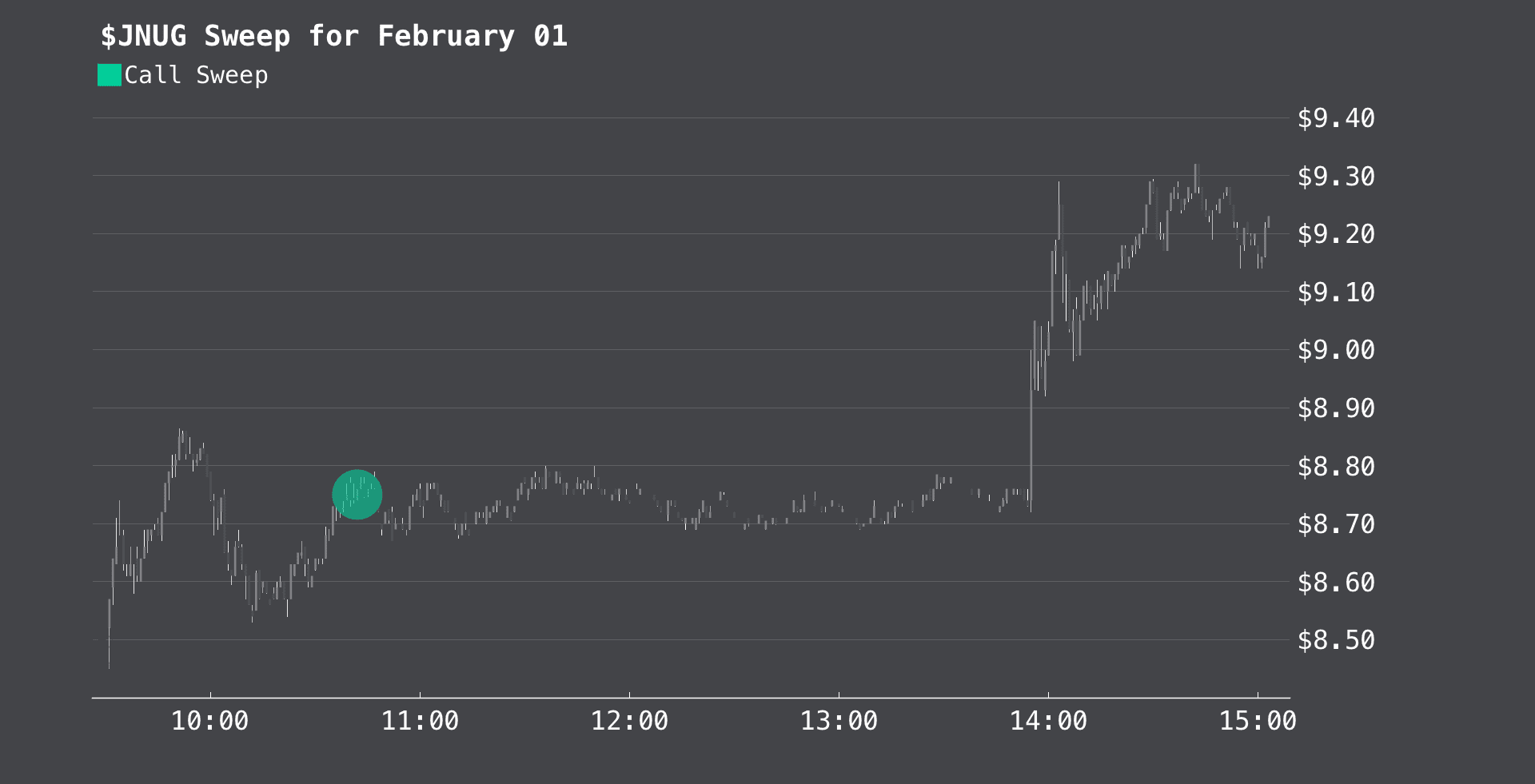 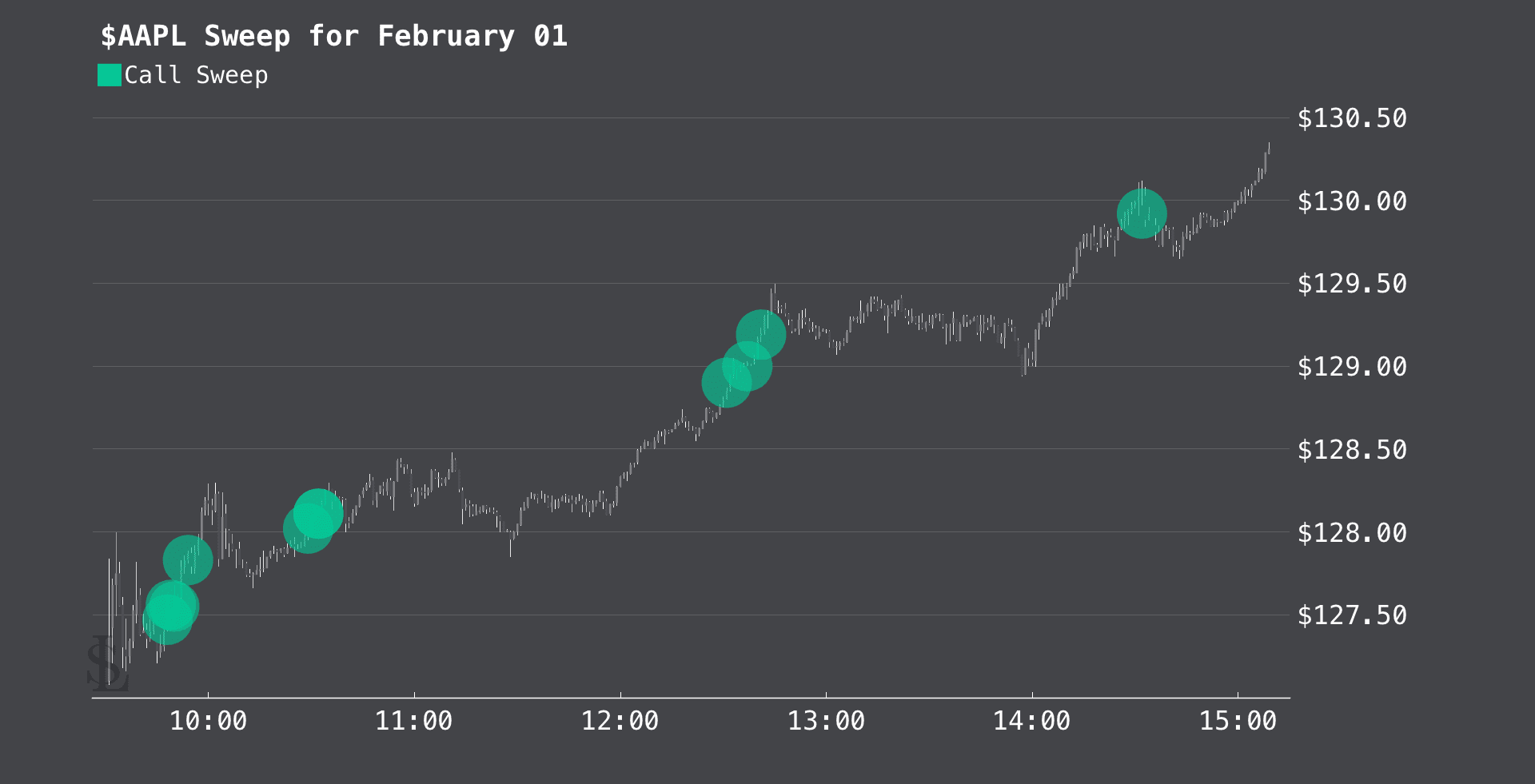 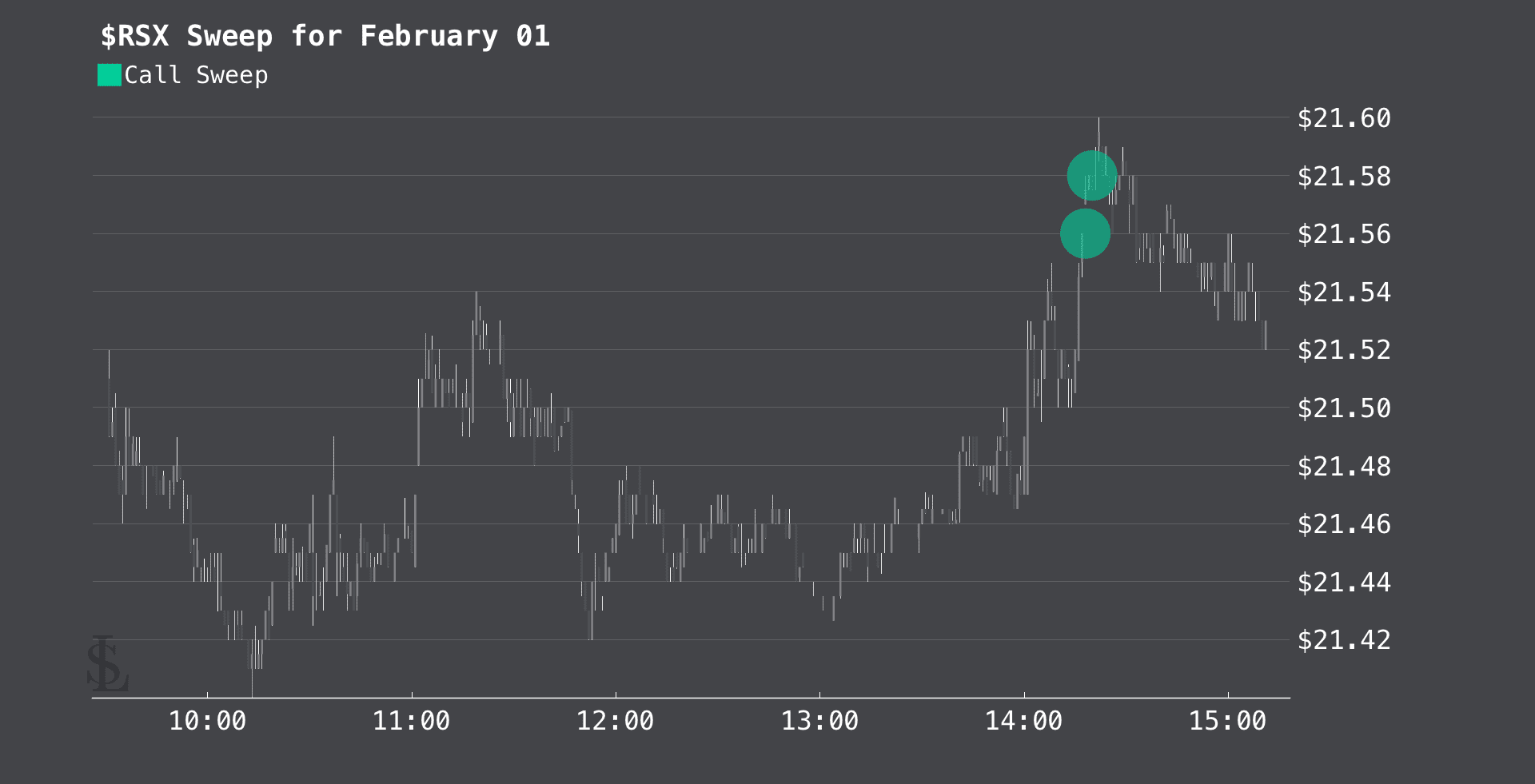 The backside of the market has crude pressing for $55 and RSX call buyers hitting scanners. While it’s probably not hackers, strong crude is pretty good for a country that’s basically dependent on crude exports to run its economy. Macros, yo.

Oh, we almost forgot, the FED decided not to hike rates in February. It’s so weird how quietly Jan slid into her announcement this month. No fanfare, no noise. Very under the radar FED meeting. Perhaps they too fear the Donald? Anyways, smart money is betting on a June hike.

At the end of the day, one thing remains the same. This is an intra-day two-way market. We’re going to see strength and weakness as the market tries to figure out what fair value is while macros shift left and right. Profit-taking is going to be a thing as we stick towards highs, because who wouldn’t book profits when sitting at highs.

And most importantly, it’s still not time to dive into that blind long. Don’t go all wolf-man on us and pretend like flow doesn’t exist. It does. It’s helpful. And it’s telling us that right now, the market is made to be traded not invested in.