Another grinding overnight was met with a premarket pop as the SPY watched markets peg yet another fresh all time high. But come time for the regular session, momentum slowed and a choppy day took hold. But, the slowdown in action provided sharks with an opportunity to reload on some popular names as the rest of the world was forced to cope with Tom Brady’s greatness.

Imagine Tommy reading tape and slinging options like he’s reading a defense? Oh man, the possibilities! But alas, fortunately for smart money, Brady doesn’t trade. Not to our knowledge anyways. So it was up to the rest of the rag-tag band of sharks to keep the good vibes rolling as they stuck with some large cap tech names. And then there was gold catching another wave of monster bids as the world worries about what Donald will do next. 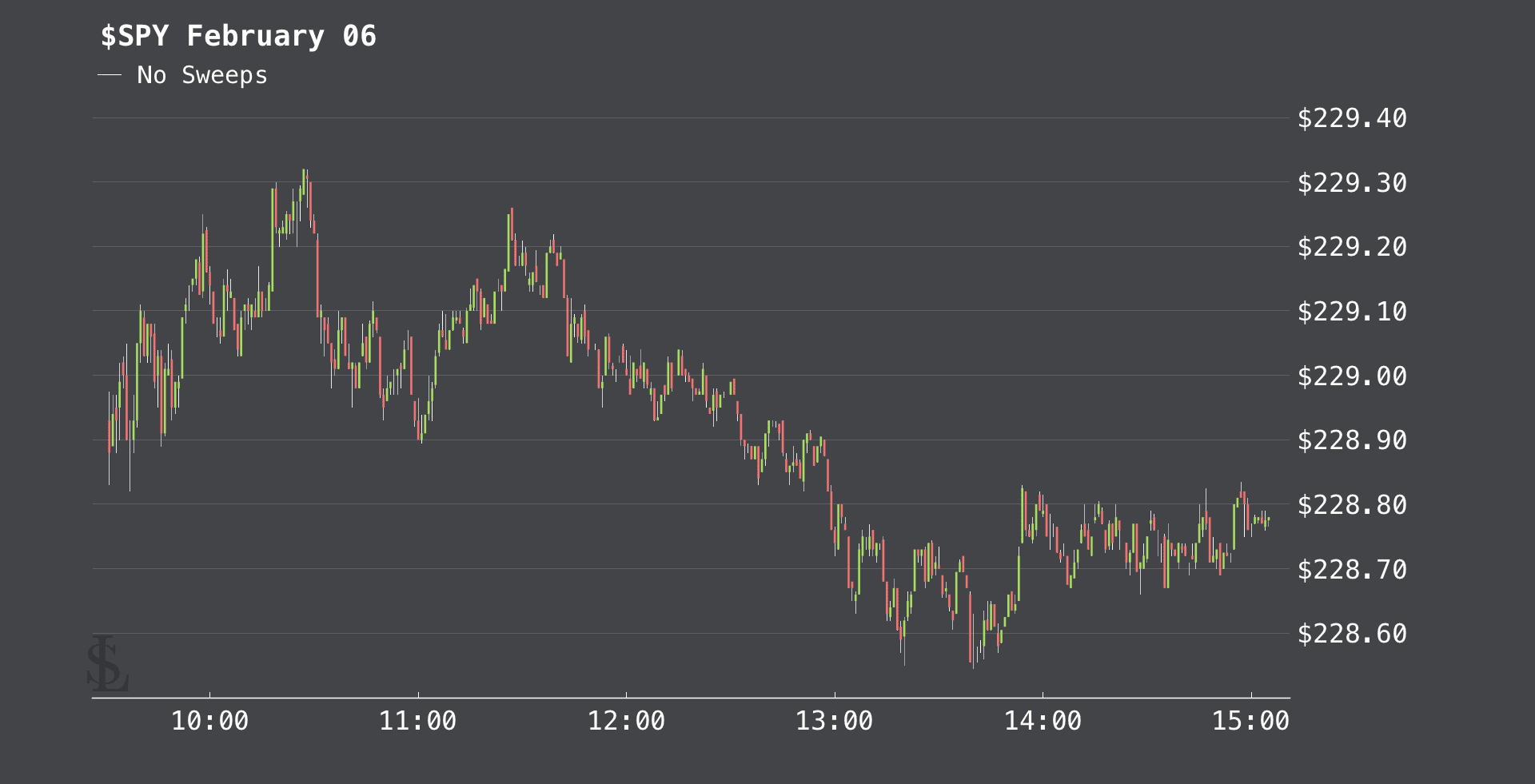 With no clarity on the Dodd Frank front. And even less on the Tax Plan. And even less on Obamacare repeal. Sharks were left with a tough call today. Is it better to work on long term positioning or to capture short term profits and momentum.

Fortunately for sharks, they have the money so they chose both. On one hand you had names like AAPL, which beat earnings, that continues to see smart money play both short term momentum and long term positioning. Today the weekly calls held most of the attention.

And then on the other hand you have names like GDX, JNUG, and GLD that are largely correlated to news we’re still waiting on. In other words, they’re pain trades. Sharks are willing to gut out the trade for the protection it holds should Trump stay true to his world and volatility upticks again. 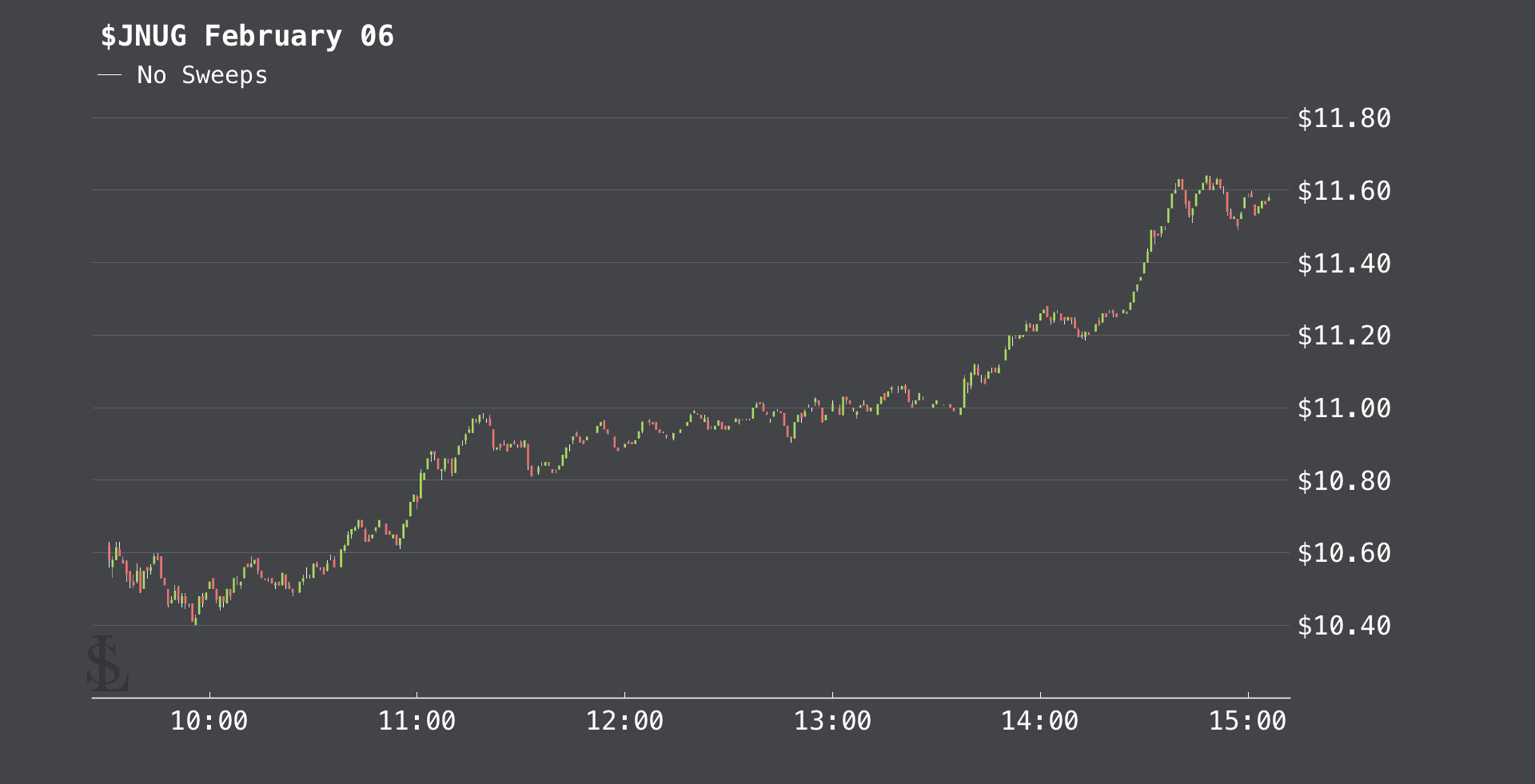 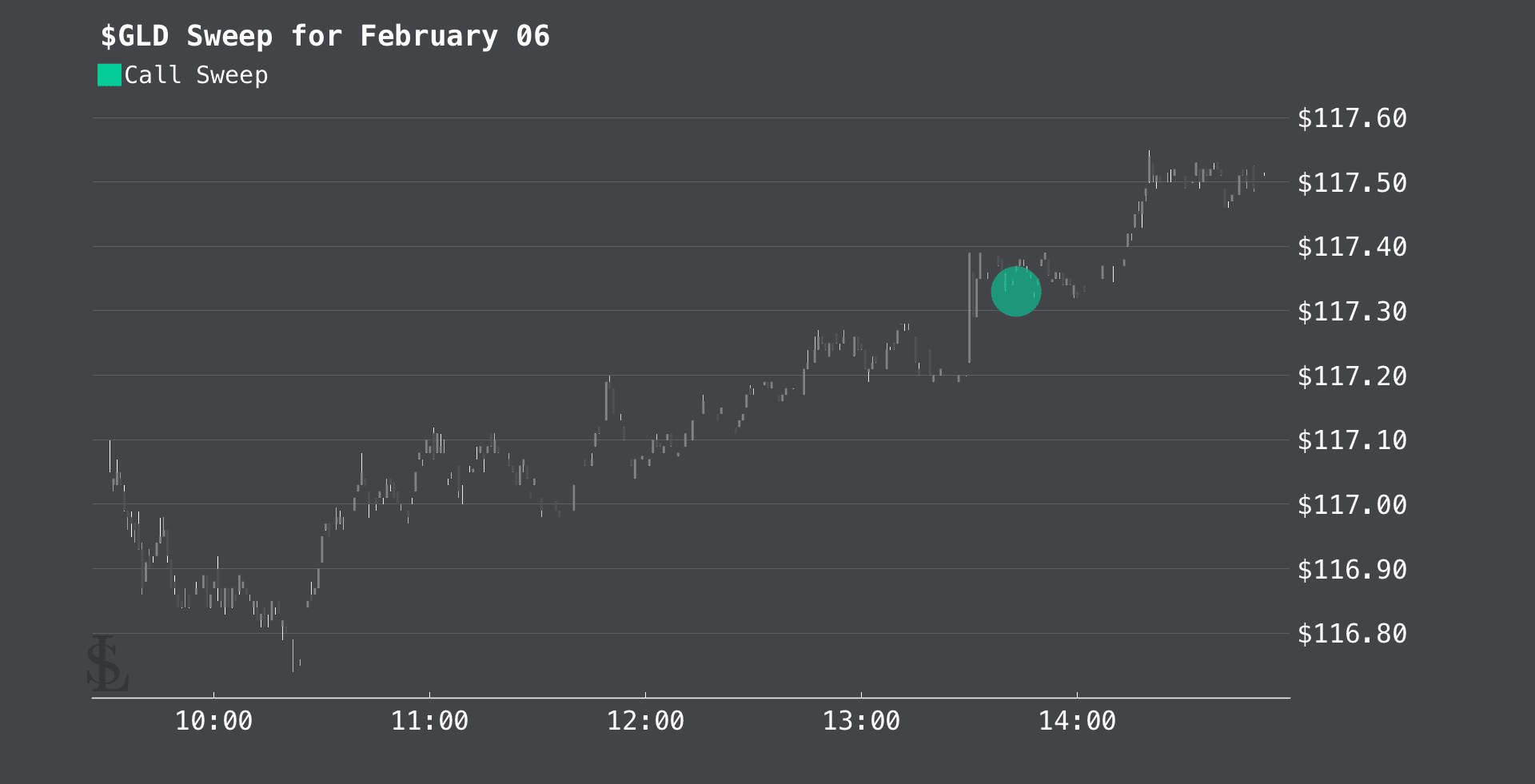 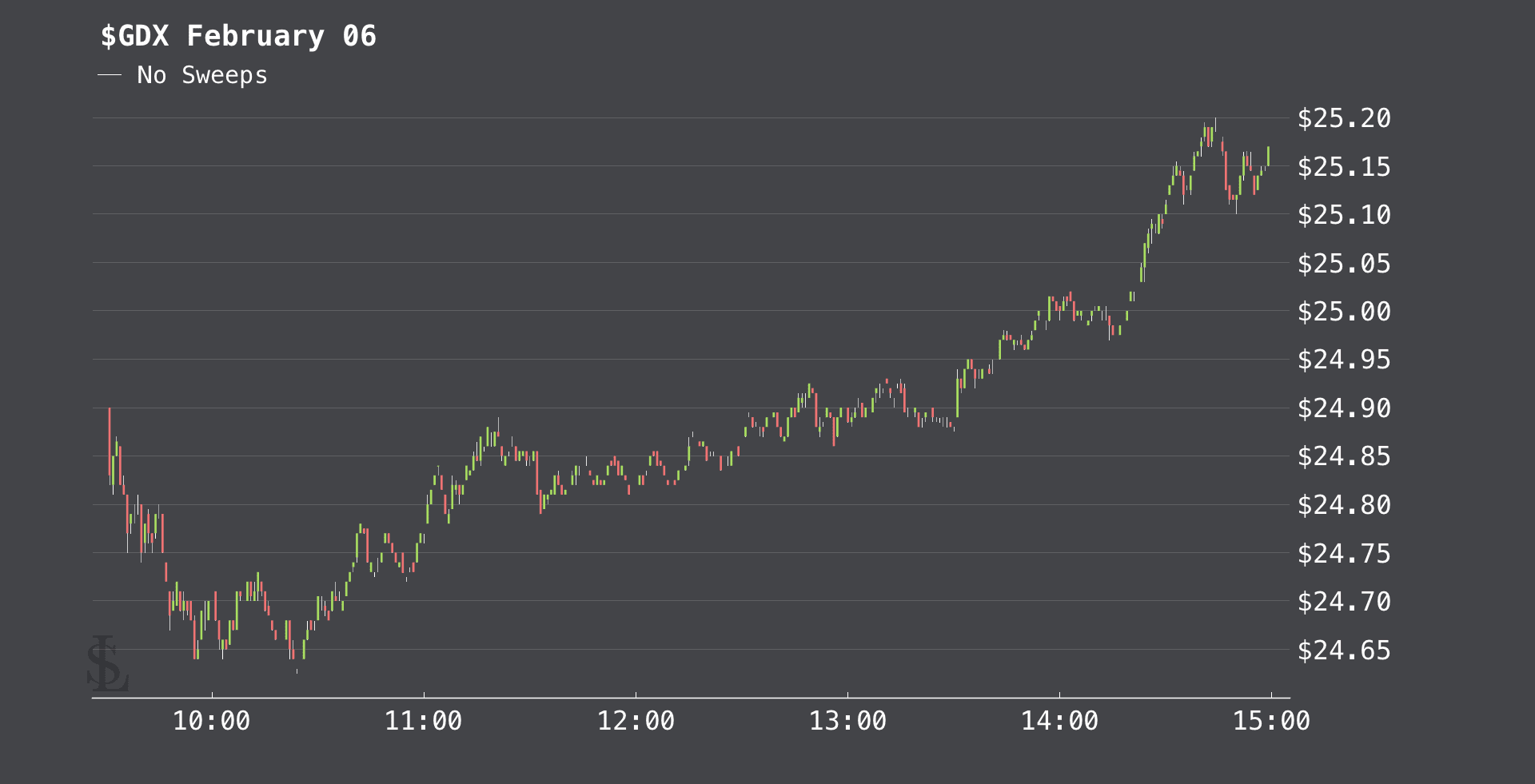 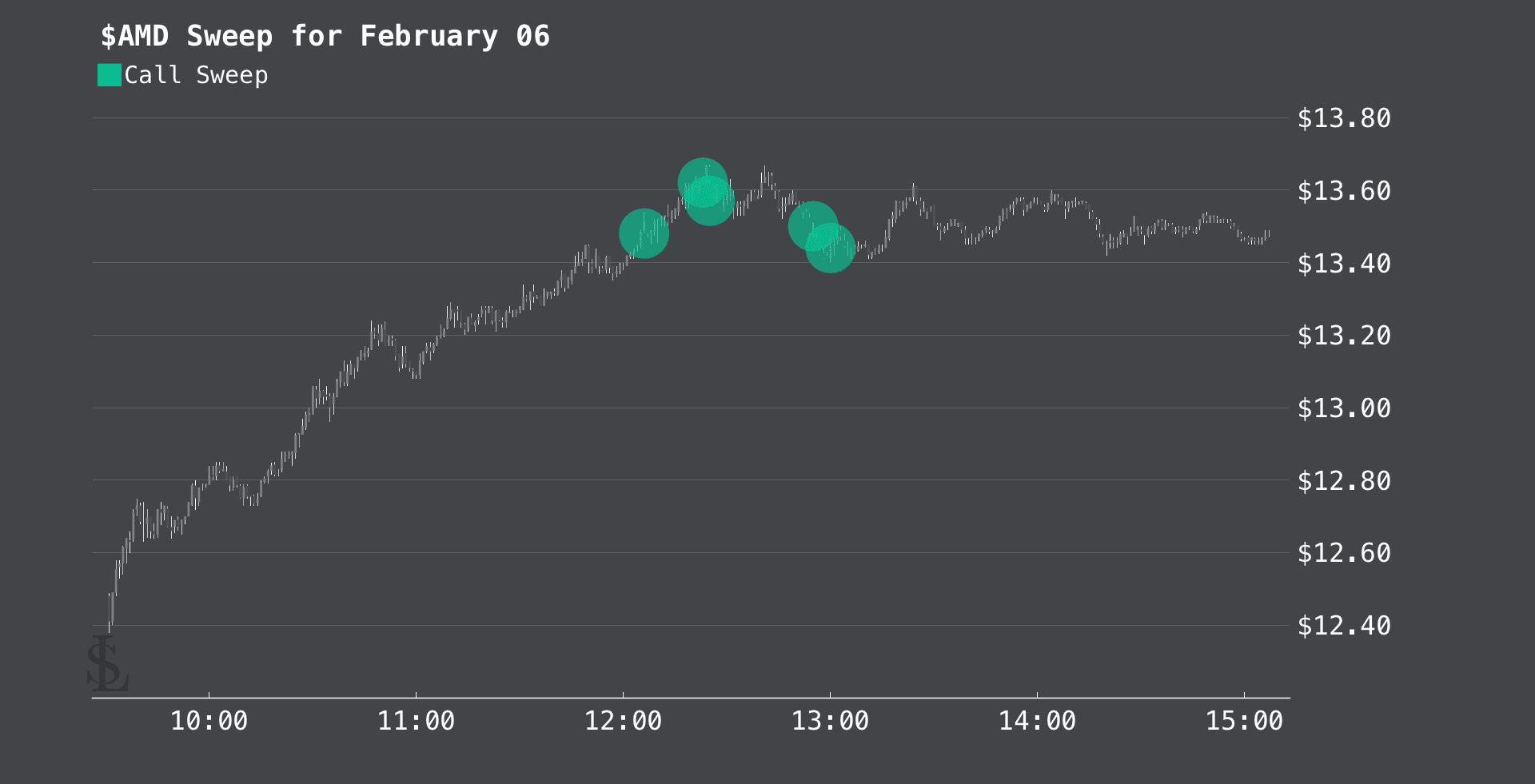 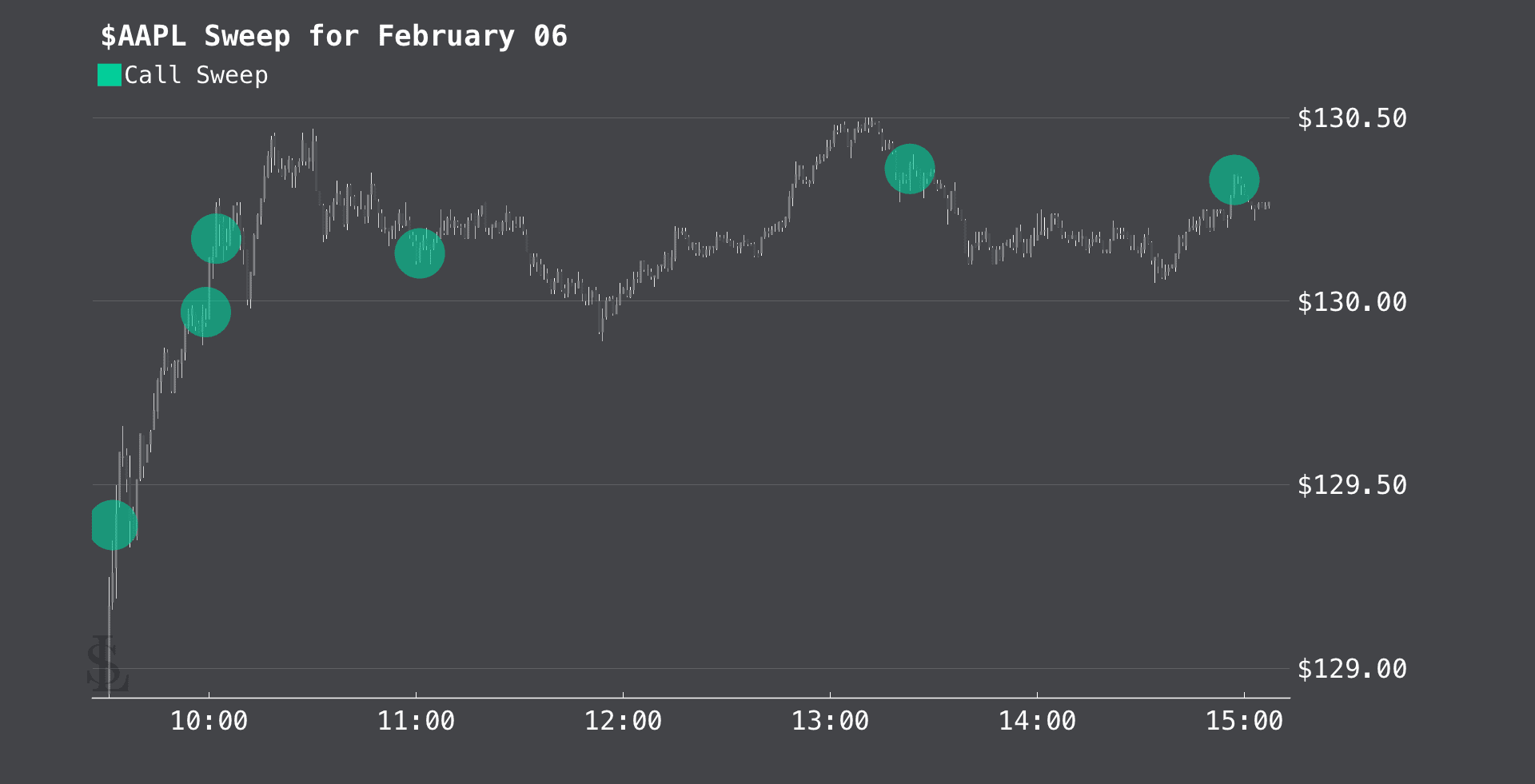 Crude fell back towards $52. Big deal. We’d rather talk about the AMD action as the stock move 11% today. Yeah, micro-processors are going to be hot as they largely fall under the small/mid cap rating and are likely to be beneficiary to Trump’s regulatory repeal field day.

Another week, another…week. Some things never change. Markets aren’t sure of what’s coming next and that’s where the directionless float is coming from. Short term emotions are all over the place, while long term views remain overwhelmingly bullish.

But as always, there’s landmines all over this market right now. And it’s going to be more important than ever to keep yourself bias free as your opinion and market sentiment might find themselves dueling each other thanks to headlines you haven’t seen yet.

But at the end of the day, if we know one thing, we know that the flow is going to be there before the move happens. So keep your eyes open and ear to the ground. There’s some fun coming our way. And when it gets here there’s going to be too many who weren’t ready. Don’t let that be you.